Eendrag’s Damestouch is an anual event which includes girls’ residences playing touch rugby, with an after party. Natasha Rusch and Deslene Prins asked some Maties what they think. 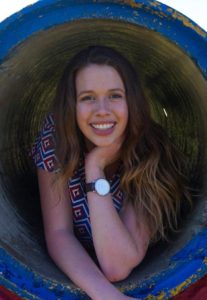 “I love Damestouch. It is a great way to meet new people. For me it also builds spirit within the Res, so it was nice when we played to see Nerina there with their merch and their signs encouraging us. It was really fun to play as well, and I really didn’t feel like the men were watching you or watching for the joke of it. It was just a very fun day of getting to know your res and getting to know the men in Eendrag. And it was a great initiative to get food (for #Move4Food) … I don’t see why pitting (female) teams against each other is a problem. We do it with all other sports like soccer, netball – all the sports are the same. Damestouch just brings the social and the sport together.” 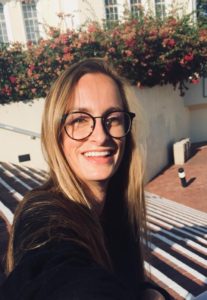 “I think that the Damestouch is a very problematic event for two reasons.

The first being that the comments thatI have heard coming from the drunk guys during the event clearly go with the sole intention of discussing and sexualizing the girls. This is especially important considering the rape culture that’s so prominent on our campus.

The second reason is due to the amount of waste involved in this event. The event makes no effort to combat the shocking amount of plastic that gets used every year. The day after Damestouch the field was so covered in waste that you could barely see the grass. Is this wasteful event really necessary?” 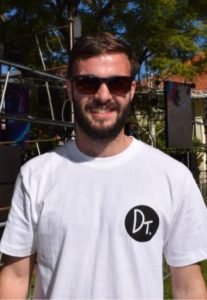 “For Eendrag, Damestouch creates asocial platform to make a differencein the Stellenbosch Community. This year, we chose to back SU100’s Move4Food initiative and over 1700 cans were collected through the help of the participating women’s residences and PSO’s.

As Eendragter’s we try to be at the forefront of leadership and innovation. With Damestouch as a platform we can set an example for other events and every year strive to build on our social impact by contributing to more charitable organizations in Stellenbosch.” 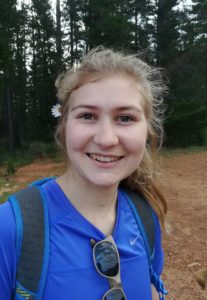 “I’m not completely against Damestouch, but I think it’s a very outdated way of doing things. It’s not empowering to women, and if you’re going to get women to play a male-dominated sport like rugby, then it shouldn’t be about getting them to compete against each other so that they can have the honour of playing for Eendrag. I think it’s great that they’re involving a great cause (#Move4Food), but I feel like the event is more objectifying than it is empowering. I understand that they are very traditional about it. Maybe getting Maties Sport involved try and make it feel more real to make it feel less like the female part is just an accessory to the event.” 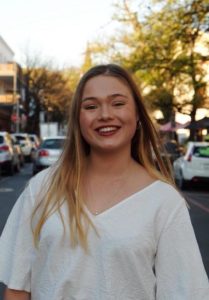 “I think that Damestouch is empowering! I am a feminist and love rugby, so having the roles reversed where us girls play rugby and having the guys cheering us on from the sidelines is a cool initiative. No one made us feel belittled or discriminated against.
We also weren’t made to wear certain things and no one was forced to do anything. We all had a great time! Drinking does play a part in these student events, but unlike most residence events this event wasn’t just a ‘jol’ but it actually had a theme and Eendrag contributed to a well worth cause.
Overall, I think that Damestouch was a really cool event.”